The really good news is that Epoch, the first collaboration between Shane Morris and Mystified, is the first of a planned “trilogy about prehistoric time and evolution.” Having gone very deep into this mix of strictly organic drones and touches of tribal ambient, I can say that this series is off to a very good start. Dronemeister Thomas Park, aka Mystified, a man whose passion is taking any sound he can get his gear on and finding a way to stretch and meld it into new shapes, lays down a dense bed of tone. Shane Morris, whose recent forays into tribal, such as his excellent release, Equinox, have kept him high on my list of artists to watch, augments Park’s base with his own array of processed sounds, snarling didgeridoo and percussion. Much of the potency and earthy resonance of Epoch comes out of the artists’ decision to use only acoustic instruments in creating the drones, tones and pads at work here. The sources range from didg to vibraphone to trombone, all bent to the duo’s will and repurposed into four stunningly immersive tracks. This album is entirely about atmosphere. It’s not musical, it’s spatial. It’s the creation of sonic depth and sensation, of grinding out a pure and visceral response to sounds brought to bear en masse. It’s a pseudo-hypnotic trigger mechanism that sends our minds off into a richly imagined, thematically guided space. It is dense and humid and guttural and primitive and works its way into that eldest part of your brain and tries its best to wake it back up. And it is so very effective in what it sets out to do. Although every track here is rock solid and the disc overall is an amazing bit of darkly meditative soundcrafting, the centerpiece is the 21-minute “Devonia.” Words will absolutely fail to do service to this track. Morris’ didg curls and snarls and threatens even as it beckons you downward. The drones here seem to spin, vortex-like, to create an inexorable grasp. This is where your best bet is to simply give yourself over and listen to the duo build the sound around you, the density growing and waning over and over until you’re simply lost in the wonderful murk of sound. Epoch is a lights-out, headphones-on, make-time-for release. In terms of discs that strive solely for atmosphere, this is one of the best discs I’ve heard in years. And folks, it’s just the first of three to come out of this collaboration. The bar is set very high with Epoch; but I have no doubt that Mystified and Morris have only just begun to craft. An amazing album. Available from Spotted Peccary. 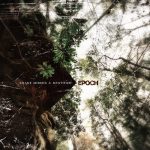 Of far off are thundering some tom-toms of which the furtive knocks perturb the tranquility of an ocean suspended on its lappings. Lappings which get lost in the cracklings emerging out of the depths of a halieutic fauna to blow intoEpoch its first droning breaths. “Cambrian Explosion” launches Shane Morris and Mystified’s prehistoric musical adventure with a thick cloud of static layers which accumulate and buzz in an atmosphere tetanised into guttural breaths. Here, no melody! Only some long buzzing lamentations which invade our ears in a powerful atmospheric sound pattern.
First musical act of a trilogy to come, Epoch is a musical painting to dark caustic breaths which depicts the evolution of the Earth from its Mesozoic era. As much daring as intriguing, this first opus of Shane Morris and Thomas Park is a purely contemplative work where we discover the genius of the American duet which uses only acoustic instruments to give more authenticity to this highly experimental musical project. Instruments depict as “organic”, such as brass trombones, didjeridoos, vibraphone, bass drums, scissors, and assorted percussions. A panoply of instruments as heterogeneous as unusual which embroiders a surprising sound texture similar to synths and where only the didj and drums seem familiar to us. It’s a creative work intended for a public fond of researches and sound experiments which finds its entire dimension with a good pair of earphones.
It’s also an album which follows an evolutionary curve of the prehistory and each title wants to be a reflection of this evolution. Thus “Devonia” brings the first melodic lights with the weak breaths of a choir hidden in a cave, wandering near a crackling fire. Cracklings which sometimes sound like lost footsteps and voices which sometimes resound as the breezes of a wind evaded by the curves of a cave flooded with droning sound arcs. The 2nd portion of “Devonia” is intensely submerged by static layers which growl and buzz in a caustic ambience. Breaths which little by little diminish for get lost in a sharply more cleared up atmosphere. More serene and less dark, “Triassic Extinction” is a long quiet river fed by more limpid musical layers from where are ringing some rustles lost in a floating mist. “Jurassic Dawn” loops the loop of this sonic experience with noises of insects which go hunting at twilight. It sounds like an incredible swarm of mosquitoes of which the hummings become entangled into sinuous reverberations which resound in the echo of their elongated breaths, weaving a black threatening universe. We hear tom-toms lose their strikings which go astray in this tempestuous torrent of static shadows. Shadows which float in the breezes of the didjeridoos and the howlings of an animal fauna forgotten in the stigmas which decorate the timeless walls of our Genesis.
Epoch is an ambiophonic work weaved in the meanders of prehistory. A purely atmospheric work which pushes away the limits of the ambient term with sound waves and shadows which espouse the magic of absent synths by a multitude of movements stigmatized in an imagination without borders. We cannot remain indifferent to the musical search of Shane Morris and Mystified. A duet which lays a surprising musical painting where the soundscapes of a Jurassic world are show by the magic of sounds. It’s maybe not for all, but one has to raise our hat in front of so much artistic creativity.