“Done right, tribal ambient music twists its way deep into your head to become something of a mass for your primal mind, a harmonic key that opens a path to your inner pre-Dawn-of-Man self and connects, in part, on a purely instinctual level..” John Shanahan

For the past ten years, Shane Morris has been producing expansive and uncompromising ambient, tribal, electronic music both in studio releases and live performances. Defying any easy categorization, Morris draws from a well of sources including early electronic music, ambient, African and Caribbean drumming, pre-Hispanic music of the Americas, jazz, psychedelia, and folk traditions from around the world.

The core of Shane’s unique sound is an amalgam of poly-rhythmic drumming, ethereal soundscapes, and indigenous wind and percussion instruments. With these tools, Shane creates sonic spaces that reflect, as well as introspects. Morris brews an ancient-modern mix of organic acoustic and digital electronics that pay tribute to past cultures while creating a new language for the present. Shane’s undivided attention to detail and dynamics, sound and spatialization, textures and harmonies, are features that can be found in each of his compositions.

Morris was born of mixed European and Native American ancestry. He grew up in the forests of the Ozark mountains where he developed a love for nature and the arts at an early age. Shane’s heritage, combined with the regional sounds of St. Louis and Memphis, and the folk music of the Ozarks, fueled his interest in music and cultures from around the world. In 2005, Morris received a Bachelor of Science in Anthropology and Music from Missouri State University. During this time, Morris studied Western music theory and history, classical and jazz music, and played in steel pan drum band and various percussion ensembles while concurrently learning principals of anthropology, art history, and religious studies.

Outside of academic work, Morris continued studies in percussion traditions from the United States, Africa, the Caribbean, and Central America. Shane has been fortunate to study with some of the world’s greatest percussionists including Giovanni Hidalgo, Horacio Hernandez, Jamie Haddad, Michael Spiro, Regino Jimenez, Jesus Diaz, and Mamady Keita. Shane has also had the honor of performing with members of Los Munequitos de Matanzas and the Nakatani Gong Orchestra. 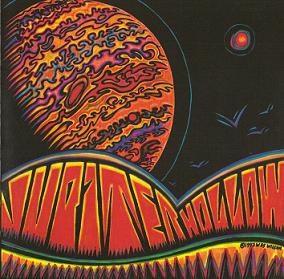 In the early 1990’s, Shane co-founded Springfield, MO. based psychedelic rock band, Jupiter Hollow and toured the mid-west U.S. most of the decade. The band was known for it’s lengthy improvisations, searing guitar, and thick pulsing percussions. Jupiter Hollow released one independent album in 1997, self-titled “Jupiter Hollow”, which is now out-of-print. After spending time in a studio previously, Jupiter Hollow self produced the release in a home studio using Adat technology. The time spent recording this album laid the foundation for Shane in audio and recording engineering. Morris co-wrote several songs on the album, including the opener “Nyabingi Dub” which was a precursor to his tribal ambient music of today. Famed rock artist and fellow Ozarker, Wes Wilson did the cover of the album.

In the 2000’s, Morris co-founded and toured with Eckobase, a “live-tronica” band based in Fayetteville, AR. that combined jazz and rock, with dub, drum-n-bass, and trance with lots of improvisation. Also during this time, Shane organized and led Z#Sharp, a rotating band of musicians exploring total improvisation. The music of Z#Sharp would cross borders from jazz fusion, Indian-style ragas, psychedelic rock, blues, experimental, and avant garde.

In 2008, after being a fan of space music for twenty years, Morris began pursuing his own solo music with a combined interest in ambient and “world” music. In his solo works, Shane bridges his musicality and experiences from previous ensembles and academic studies, with the minimal aesthetic of ambient and atmospheric music, shamanism and trance, ritual music from around the globe, digital and analog electronics, acoustic percussion and wind instruments, and field recordings. Morris’s approach creates an overall sound experience that combines music, art, and nature. The music of Shane Morris is about the mysterious, the unknown, and transcendence. Every composition and live set tell a story. The details of that story is left to each individual listener. 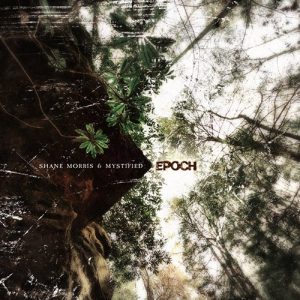 Shane began releasing ambient electronic music on various net labels through creative commons licensing in 2009. Many of Shane’s first releases were live sets that were culled and mastered lightly. Monthly and weekly live sets streamed at electro-music.com and stillstream.fm were common from 2008 to 2012. Morris continued refining his skills with recording and engineering, mixing and mastering, and released his first commercial album jointly with Australian artist, Disturbed Earth titled “Suburban Catacombs” with the relaxed Machinery label. Around this time Morris also began releasing independently on his bandcamp page. In 2011, a collaboration of all acoustic instruments in a dark ambient soundscape of prehistoric time, landed Morris and Mystified on the prestigious Spotted Peccary/Lotuspike label. Morris co-released two more albums with Mystified closing a trilogy known as “Inspired Evolution” which brought great reviews and wide airplay. Continuing with Spotted Peccary, Morris co-released “Blood Moon” with fellow tribalist, Frore, which has also garnered great reviews and respect among the ambient community. Frore and Morris are on the cusps of the second collaborative release titled “Eclipse”, which will serve as a lunar sequel to “Blood Moon” due out on November 3rd, 2017 with Spotted Peccary. Morris and Frore are also currently working on a third album with friends and heroes on each track. Shane is also working on his first solo album in recent years, which will be a journey through pre-Hispanic Americas. Please view the extensive discography section to listen, read, purchase, or download Shane’s music. 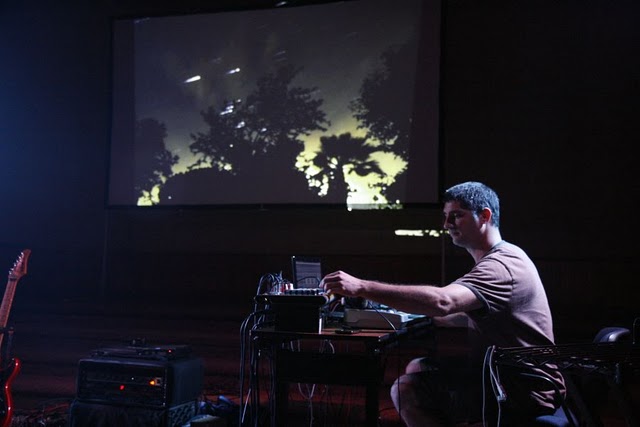